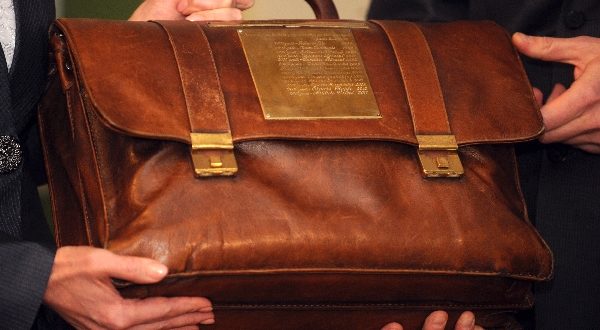 The state budget is too optimistic

Today, on October 14, the Minister of Finance will submit next year’s budget project to the Saeima. This year, the Ministry of Finance had a particularly difficult task, as it was necessary to find possibilities to significantly increase funding for health, security and education sectors.

Budgetary costs, including priority sectors, this year has risen by more than 600 million euro, which is a 9% increase compared to 2016. How to balance budget in such cases? Either by reducing other costs or by increasing revenues. The government has chosen the second way – increase of the corresponding revenue for the same 9%.

In my view, the state revenue growth of 9% against this year’s budget is too optimistic plan. Especially because it is based on the economic growth rate of + 3.5% (but at present it is only 0.8% and with a downward tendency), as well on the revenue from the fight against the shadow economy, which effect is very difficult to predict (but funds have already been planned in the budget). And most importantly – even the 2016 budget, which scheduled 9% growth, is not yet implemented at 100%.

At present, “AG Capital” experts forecast that in the middle of next year the government will have to decide how to divide the budget surplus, but to think which positions to reduce or where to borrow funds to finance the budget deficit. It would be better to do it this year and in time to plan the optimization of expenditure position in public administration.

Does your company work the same way?

What Latvian entrepreneurs should learn from this? First, it has to be admitted that we have seen similar scenarios in corporate environment. It often happens that the company’s revenue growth is no longer possible, or it is very limited, but the costs continue to grow. If the increase in costs as a percentage is not big enough to make cardinal changes in the company’s business strategy, it is often difficult to start optimization of cardinal activities. Also when observing structuring processes of our customers’ budget – for most part it is much easier to make a rapid reduction of costs in the time of crisis, than a small reduction in costs, when the financial situation is apparently normal.

Secondly, is so easy “to raise” the planned revenue in the budget– to make the revenue forecast somewhere closer to the scenario, to add revenue from “mantra project” and everything is ready. What is “mantra project”? Any development project, which revenue range cannot be realistically predicted: a new product line, a new store, development in new markets, etc. They place high expectations on the project and the management of the company repeats it like a mantra: “Yes, the costs are growing, but we will have a new product [place for the name]”. In the case of the state budget such “mantra project”, in my opinion, is the fight against the shadow economy.

Third, the “mantra project” does not carry the expected revenue – no one is really in charge (maybe sometimes as the perpetrator is considered the project manager). In this case, all the fault of the non-performance of the budget is passed on to the scapegoat, but changes in the core business are not carried out. For the next year a new “mantra project” is found, or work is continued at the old project, but do not follow any changes in the core business.

To sum up: if costs in business grow faster than revenues – do not wait. It is better to make quickly cardinal changes than to hesitate and to continue to suffer losses. In any case, it is much easier for you to make a difference in your business, because you do not have to balance between the interests of parties, you do not have to think about media pressure or a number of other things.

I wish that our new Minister of Finance Dana Reizniece-Ozola succeed in adjusting public finances and in finding resources for such important sectors as health and education. It will be a difficult task, given the need to balance so many different interests.